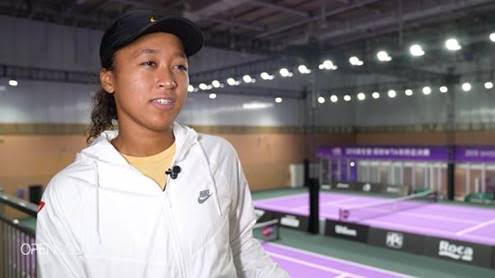 Naomi Osaka, the world’s current No.3 ranking tennis player, recently spoke to CNN Sport about the rollercoaster of a year she’s been having.

Despite having won two consecutive Women’s Tennis Association (WTA) Tour events, almost eight months went by before she was able to garner any wins. This gave her strength for the WTA Finals in Shenzhen, China.

She told CNN, “I think (my) mindset, I think I’m more confident in myself than I was before.”

She has struggled with the attention that came with being the world’s No. 1 but did not manage to win the year’s three other grand slams.

This mid-season slump is the catalyst that strengthened her resolve to fight her way back to the top.

“I actually had this dip after I became No. 1 because I couldn’t really handle it too much,” said Naomi, “I won the two grand slams, had the dip and then suddenly everyone counted me out of it a little bit.

“And the I was thinking to myself I didn’t want to be the person that fades away. And whatever happens, I want to leave some sort of legacy.”

After having some time to reflect on her performance, Naomi found renewed joy in playing tennis. She says the most important thing is to “Enjoy what you’re doing, no matter what it is.”