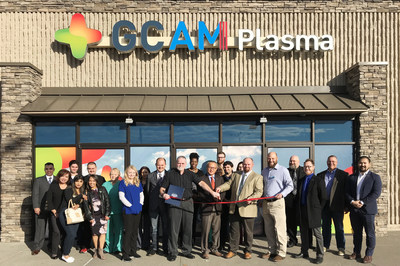 “The centers are part of a GCAM mid-term plan to bring the number of plasma centers so that more patients ultimately may have access to a variety of live saving and life sustaining therapies from the collected plasma,” said Jay Bae, GCAM President. “We are bringing job opportunities to these areas and also upping local economies through compensation to residents for their plasma donations.”

Human plasma is the essential source for products to treating patients suffering from many different life-threatening disease and conditions, including immune deficiencies, hemophilia and other blood disorders.

GCAM, is a member of GC, the parent company of GC Pharma, one of the largest protein therapies makers in the world. GCAM collects high quality source plasma for GC Pharma and other plasma fractionators. A plasma center can collect up to 50,000 liters of source plasma annually.