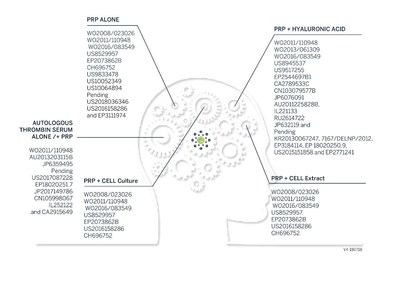 All these new patents represent a recognition by the USPTO of RegenLab’s innovation, technology and efficiency. This is great news for RegenLab, its employees and partners, and justifies that RegenLab maintains its legal actions for the respect of its intellectual property rights. The stars are shining for RegenLab’s team and its future.

RegenLab is a leading innovator of medical devices for the preparation of platelet rich plasma, which it markets under the well-recognized REGENLAB® and REGENKIT® brands. RegenLab remains committed to providing pyrogen-free devices of the highest quality and safety, as well as protecting customers through enforcement of its intellectual property rights.