BURLINGTON, Massachusetts, Aug. 16, 2018 /PRNewswire/ — Linkage, Inc., a global leadership development consultancy, announced that it has awarded the 2018 Warren Bennis Award for Excellence in Leadership to Sir Andrew Witty, a leader in the pharmaceutical industry. 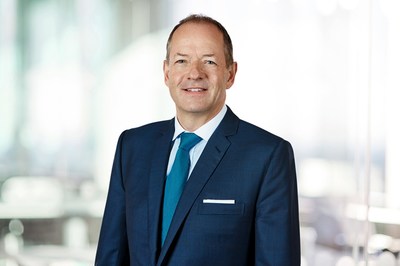 Sir Andrew Witty spent over three decades at GlaxoSmithKline, most recently serving as CEO from 2008 to 2017. He is credited with reshaping the pharmaceutical industry’s reputation by shifting GSK’s strategy to include a focus on affordable medicines and vaccines in the poorest countries. On July 1, he started his new role as CEO of Optum, an organization that leverages technology, data and expertise to improve health care delivery, quality and efficiency.

“Sir Andrew Witty is a remarkable leader characterized by his broad reaching impact in healthcare globally and by his success uniting populations around a common purpose for the greater good of mankind,” said Sam Lam, CEO of Linkage Asia and Chair of the Warren Bennis Award Committee.

The Award is named after Warren Bennis, referred to by Forbes Magazine as the “Dean of Leadership Gurus.” He was an exemplary leader who practiced, studied, wrote about and taught leadership for decades. Established by Linkage in 1999 to honor Bennis’ legacy, this Award honors a recipient who demonstrates courage, endurance, capability and success in his or her field and is a role model for current and aspiring leaders. It is presented annually at Linkage’s Global Institute for Leadership Development® (GILD®), a five-day immersive learning experience.

Sir Andrew Witty will receive the award on October 4, 2018 at Linkage’s Global Institute for Leadership Development® in Palm Desert, CA.

About Linkage and the Warren Bennis Leadership Award

At Linkage, we are passionate about developing leaders who create lasting impact in and outside of their organizations. We believe that becoming the best requires a lifelong commitment to learning, improving, adapting and developing. Linkage established the Warren Bennis Award for Excellence in Leadership in 1999 to honor the legacy of long-time partner Warren Bennis. Warren co-founded Linkage’s Global Institute for Leadership Development® 22 years ago. Click here for a list of past recipients. Learn more about Linkage: http://www.linkageinc.com.