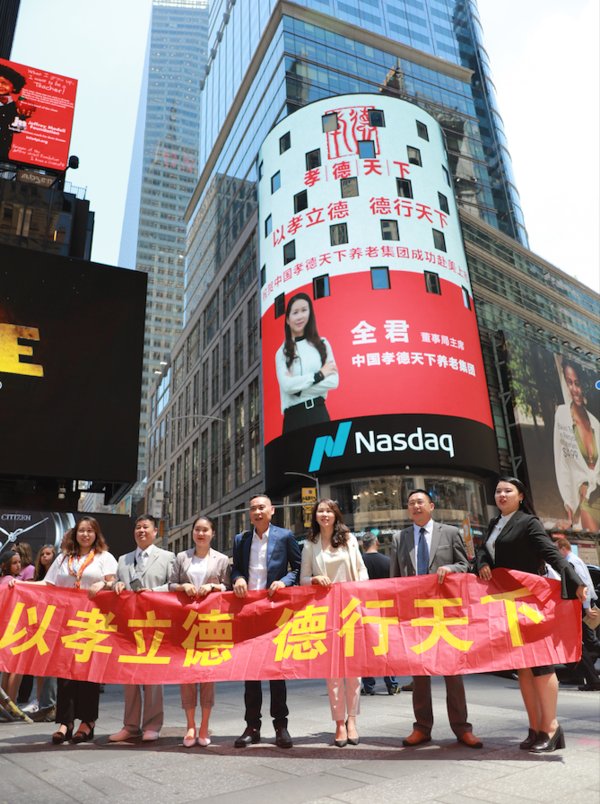 NEW YORK, June 27, 2018 /PRNewswire/ — It was announced on June 15 EST in a 8-K notice from SEC that China Golden Sunset Group Limited (“CGSGL”) was finally listed in the US stock market through reverse takeover of DD’s Deluxe Rod Holder, Inc. (stock code: DDLX). CGSGL thus becomes the first company listed in the US capital market in the elderly care industry and will be supported by the international capital. Extensive attention from the industry has been attracted by CGSGL’s surprising growth speed.

The successful entry into US OTC markets of GSGL acting as the first China’s concept stock of elderly care means that it will have an absolute advantage against any other competitor in the future market occupancy. Therefore, it is a strategic selection for CGSGL to exploit the international market. With the support of international capital , CGSGL is full of confidence to expand GSGL into one of the global top 500 companies in the elderly care industry in the coming future and in answer to China’s economic development trend. GSGL will be a leader in the elderly care industry in China. CGSGL began with operating Xiyanghong Ecological Elderly Apartments and continued its commitment to the elderly care industry for 12 years, making an indelible contribution to the industry. In order to inherit and carry forward the Chinese traditional virtues of “filial piety makes virtue possible “, it has entered into the cooperative agreements of entrusted operation with scores of domestic nursing institutions for the aged so as to improve the living quality of the aged in all aspects and offer dignified lives for the aged.

Ms. Quan Jun, chairman of the board of CGSGL, said today in interview with a reporter of ICN, ” We are mainly engaged in collective nursing of the aged, so we set up a service system combining the nursing by professional institutions, the nursing through residing abroad and the nursing by communities. The group has integrated many resources including medical rehabilitation, health maintenance, entertainment, etc. to provide high quality and professional elder care services for the aged. In the future, we will set up a close cooperative relation with the nursing institutions for the aged across the country offering them a professional service system, and exploit overseas markets. Nowadays, the group has been listed in the US, which demonstrates its keeping ahead in the elderly care industry and also contributes to our copying the past success in the world.”

Aging of population is a challenge and also an opportunity. The aged are not a burden but the resource of the society. Active respondance to aging means removal of the negative image of the aged such as recession, degeneration and loss; the aged may contribute to the society and achieve self-worth through mutual support. The concept of “Positive Aging” defined by W.H.O will be constructed or explained by health, guarantee and participation.

Sticking to the advanced development thinking and accelerating the elderly care industry, CGSGL is committed to the elder care services. CGSGL promotes the progress of policies, standards, facilities and talents for the aged nursing industry, and endeavors to set up an aged nursing service system which is based on the home, supported by the communities and supplemented by the external institutions with the combination of the nursing and the medical care, for the purpose of further satisfying the requirements of the aged.