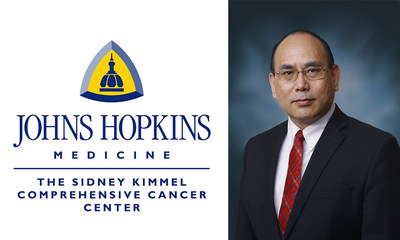 BALTIMORE, May 30, 2018 /PRNewswire/ — Cancer is said to be a disease of death. Once a person has cancer, it is like being sentenced to “death with reprieve.” The remaining days are few. For long, human beings have been conducting research to overcome cancer. Recently, the team led by Dr. Zhang Chunyu, an American Chinese scientist and the founder of SanuLife Inc, has made a major breakthrough and discovered a novel transcriptional activation pathway that can restore the expression of a tumor suppressor protein that combines both anti-cancer and anti-aging effects in cancer cells and normal cells. Based on the research results the team produced a dietary supplement for the benefit of mankind.

According to the World Cancer Report released by the World Health Organization, cancer is the second leading cause of death in the world, while 40% of cancers are preventable. “The biggest risk factor for cancer is age,” Zhang Chunyu pointed out.

With the development of science and technology and the advancement of medical care, the average life expectancy of human beings has increased year by year. The aging of the population has become increasingly serious, coupled with the modern sedentary lifestyle, high-intensity work pressure, unhealthy eating habits, unsatisfactory living environment and other factors. These challenges have accelerated the decline of human physical function, and various types of chronic diseases, especially the incidence of cancer remains high. How to scientifically prolong healthy lifespan and improve quality of life has become the most pressing research topic of the moment. 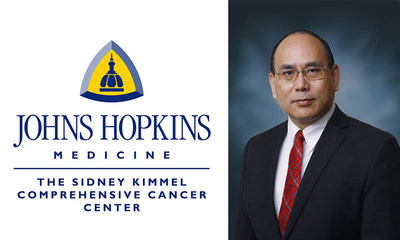 As Principal Investigator of the Lung Cancer and Aging Program at the Sidney Kimmel Comprehensive Cancer Center of the Hopkins University School of Medicine, Dr. Zhang Chunyu has worked at Yale, Harvard, National Cancer Institute, Lovelace Respiratory Research Institute and other top-notch universities and research institutes in the United States. He has produced a number of internationally leading research results in the fields of “Clock of Life” telomere and telomerase; Werner premature aging protein and DNA polymerase; nuclear encoded mitochondrial longevity mutant protein; aging-associated chronic inflammation, obesity and cancer biomarker FAT10; immunoregulatory factor gene expression and tissue localization; the key signal pathway of PI3K/Akt/mTOR for cancer and aging and its inhibitors; gene expression changes during lung cancer progression and chemotherapy resistance and prognosis survival; DNA damage from cigarette smoking extracts on airway epithelial cells; molecular mechanism of NOXA on pulmonary inflammation remission, etc.. Relevant articles have been published in the international top journals and core specialized magazines, including Cell, Proceedings of the National Academy of Sciences and Nature publications.

Dr. Zhang Chunyu and his team studied the expression and function of the tumor suppressor gene RhoB to prove that it plays an important role in maintaining the normal morphology and function of the respiratory system at the protein level. For the first time, they discovered that in the process of cancer evolution and aging, the signaling pathways and molecular mechanisms of efficient transcriptional activation of the tumor suppressor gene RhoB, which are down-regulated by various epigenetic mechanisms, have led to the construction of a unique dual-luciferase single vector in the world. The research team also, established a high-throughput drug screening system, and animal models for real-time monitoring anti-tumor drug response. In addition, the team also used the system to screen out several novel anti-cancer small molecules from the National Cancer Institute’s Diversity Library, and one of the compounds continuously and efficiently induces protein expression of the tumor suppressor gene RhoB in various cancer cells such as lung cancer, brain tumor, and rhabdomyosarcoma, and inhibits cancer cell proliferation, migration and induces apoptosis, without too much cytotoxicity.

Based on this discovery, Dr. Zhang Chunyu scientifically allocated small molecule nutrients of plant to protect normal cells and prolong their lifespan while inhibiting cancer cells proliferation, migration, and causing them apoptosis. This leading scientific research proves that dietary intervention can not only effectively inhibit skin inflammation, delay skin aging, but also significantly reduce the occurrence and development of lung cancer induced by tobacco carcinogens.

A New Dietary Supplement of Anti-cancer Rejuvenation to Benefit Mankind

Based on the above research results, Dr. Zhang Chunyu and his team successfully developed a dietary supplement containing key components of Ceramide, Curcumin, and EGCG, and submitted applications for related patents to the U.S. Patent and Trademark Office. At the same time, in order to speed up the transformation of results, Dr. Zhang Chunyu established SanuLife Inc in Maryland, USA. Focusing on research and development of science-based biopharmaceuticals and products boosting health management and self-cultivation performance, SanuLife aims to integrate high-quality resources and forward-looking technologies to provide one-stop, customized and intelligent health services that precisely address the physical and mental needs of users.

The ROVIDIUM series products of SanuLife Inc are scientific, safe, and effective dietary supplements that extract natural components in plants and harness the down-regulated RhoB during transformation from normal cells to cancer cells. ROVIDIUM also gives play to the synergy between RhoB with longevity transcriptional factor Nrf2, which drives expression of endogenous antioxidant, anti-inflammatory and anti-fibrotic genes, through another tumor suppressor gene p21 induced by RhoB. The products restore endogenous RhoB expression, which is continuously observed to be epigenetically down-regulated during pulmonary aging, skeletal muscle decline, and tumorigenesis, and activate Nrf2 through p21 to stabilize the genome and protect cells from carcinogenesis, which aims to help delay aging, prevent cancer and increase healthspan.