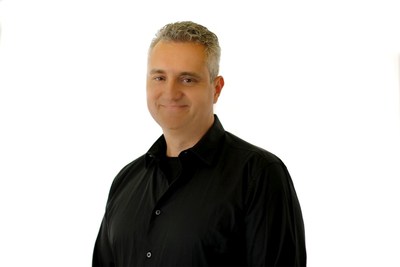 BOSTON and ZURICH, Sept. 15, 2017 /PRNewswire/ — For millions of suffering people, a dream has finally come true: to be able to sleep without snoring. The unconventional innovation of successful Swiss Therapist, Alex Suarez (50), has solved the problem once and for all, and out of 9,000 nominations it has been selected to be awarded the “Ig Nobel Prize” at Harvard University. The Ig Nobel Prize, sometimes referred to as the Anti-Nobel Prize, is a satirical award, which honors scientific achievements “that first make people laugh, and then make them think” (Wikipedia). The Prize is announced in the Cambridge publication “Annals of Improbable Research”. In recent years, this award has enjoyed a high level of recognization amongst scientists. Using the breathing techniques and training method developed by Alex Suarez called “Silent Sleep”, the troublesome problem of snoring can be solved naturally, easily, and in a playful way. The method used to strengthen and tighten the throat musculature and the connective tissue was developed by the Swiss relaxation coach over the course of 15 years. The idea for the Asate Method came to him during his own struggle with heavy snoring and sleep apnoea. Since conventional treatments were not providing him with any relief, the former dojo owner and instructor of Asian martial arts techniques, wanted to apply his knowledge of the yin and yang principle, biorhythms, tension and relaxation, as well as the careful consumption of resources, to create his very own therapy. Inspired by the Australian aboriginal didgeridoo, Suarez developed his own medicinal didgeridoo that is designed to strengthen, massage, and stimulate the connective tissue and musculature in the neck and mouth using targeted exercises.

This gentle alternative to medical devices or surgical intervention has achieved astonishing results that have been confirmed in international studies carried out by pulmonologists, sleep-researchers, and universities. The result of these studies show that in over 80% of cases, a marked improvement in sleeping without snoring can be achieved after only a few weeks using Silent Sleep training. The rapid success amongst the study participants has led to various stages of innovation involving the medical didgeridoo and has resulted in a device that is optimized for use in a therapeutic setting: the “Snadoo”. The significantly smaller instrument, which is made of plastic, can and should provide the user with additional amusement as they recover from their condition because how it is used and the corresponding mobile app are designed to be playful and fun.

More information is available at: http://www.asate.com