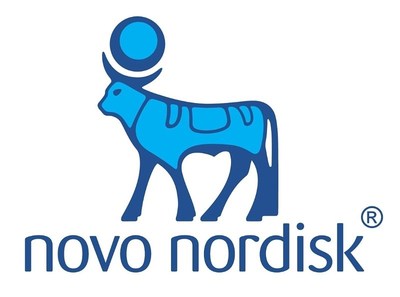 The findings were presented today at the 53rd European Association for the Study of Diabetes (EASD) Annual Meeting, and showed that Fiasp® maintained the significant improvement in overall blood sugar control that was seen in a shorter-term (26 weeks) study period[1]. The results also reconfirmed the safety profile of Fiasp®, showing comparable overall numbers of severe or blood-sugar confirmed hypoglycaemia (low blood sugar levels)[4].

“These results provide reassurance of the meaningful long-term benefits of Fiasp® versus conventional insulin aspart,” said Professor Chantal Mathieu, study investigator, chair of Endocrinology and professor of Medicine at Katholieke Universiteit Leuven, Belgium. “Accordingly, for people with diabetes who struggle to control their post-meal sugar levels, Fiasp® might offer a better option to meet their needs.”

While mealtime insulins aim to bring post-meal sugar levels down, conventional rapid-acting insulins are not as fast as the speed of the natural physiological insulin response. Due to this slower response, people with diabetes can remain in an elevated post-meal sugar state for an extended period[2].

The onset 1 trial (1,143 people randomised) was a phase 3a, partially double-blind, basal-bolus, treat-to-target trial, evaluating the efficacy and safety of Fiasp® compared with conventional insulin aspart in type 1 diabetes over 52 weeks, in two 26 week treatment periods. The findings from the 52 week study period were presented at the EASD Annual Meeting 2017.

In the 52 week study period, Fiasp® demonstrated a statistically significantly greater overall blood sugar reduction of -0.10% in adults with type 1 diabetes, in comparison to conventional insulin aspart. Fiasp® also showed a statistically significant reduction in 1-hour post-meal sugar increment of -0.91 mmol/L; no significant difference was seen in 2-hour post-meal sugar increment, compared with conventional insulin aspart. These results were achieved with a comparable overall rate of severe or blood-sugar confirmed hypoglycaemia between the two treatments[4].

Fiasp® is the only approved, new-generation, ultra-fast acting[1]–[3] mealtime insulin. Fiasp® is insulin aspart in an innovative formulation, in which two excipients have been added: Vitamin B3 (niacinamide) to increase the speed of absorption and a naturally occurring amino acid (L-Arginine) for stability[8].

Fiasp® received marketing authorisation from the European Commission on 9 January, from Health Canada on 6 January, from Swissmedic on 7 June and from the Australian Government Department of Health on 28 June 2017. It is currently under regulatory review in over 10 countries.

After receiving a Complete Response Letter (CRL) from the US Food and Drug Administration (FDA) in October 2016, Novo Nordisk resubmitted the fast-acting insulin aspart new drug application (NDA) as a class II resubmission on 29 March 2017 and FDA approval is expected at the end of Q3 2017.

Novo Nordisk is a global healthcare company with more than 90 years of innovation and leadership in diabetes care. This heritage has given us experience and capabilities that also enable us to help people defeat other serious chronic conditions: haemophilia, growth disorders and obesity. Headquartered in Denmark, Novo Nordisk employs approximately 41,400 people in 77 countries and markets its products in more than 165 countries. For more information, visit novonordisk.com, Facebook, Twitter, LinkedIn, YouTube